My husband values efficiency in travel, so he set an appointment for the three of us to apply for TSA Global Access passes. Dirk wanted to speed up the line through Customs for our upcoming vacation to London, and a co-worker told him a quick and simple interview was all it took.

It started off as expected. We sat on the opposite side of a desk from a male, uniformed TSA agent. Basic questions asked and answered. Age. Jobs. School. Travel history. Previous records.

“Do you drive fast?” he asked Dirk, and then recited an impressive list of speeding violations. The agent shook his head with disapproval.

It went downhill from there. The agent launched into badass cop mode like he was playing the role of a made-for-television, intimidating tough guy. “Let me be clear, you lie to me, I will know it.” I thought he was going to say he would hunt us down, but surely, he must know this is just an interview for Global Access, right?

“You ever heard that guns kill people?” he asked Liza, with intensity.

“Yes?” she said with a slight hesitation.

“Guns don’t kill people! People kill people!” he said, with a flash of hostility. Okay…that was a detour. Can we get back to the Global Access questions? I wondered.

“I have a two-year-old kid, and a gun at home,” he continued. “I’ve never killed anybody, and I have anger management issues!” His face was tomato red by this point.

Dirk glanced at the next desk, where a mild-mannered TSA agent was asking straightforward questions to another applicant. Unfortunately, we ended up with the hot-faced lecture guy.

Our agent took some deep breaths and steadied himself. He seemed to be calming down a bit, and I thought it was just about to wrap. Then he turned his head sharply towards Liza; he had one last question.

“You ever used an illegal substance?”

He looked at her.

Dirk looked at her.

I looked at her.

Instantly, the shade of red on her face rivaled Mr. Anger Management’s shade. Her body contorted oddly as she wiggled and squirmed in her hard plastic chair. Her brown eyes became huge. Her mouth formed into an anxious slant. His eyes did not relent.

A moment of clumsy silence.

“Do you know what an illegal substance is,” the agent asked intensely.

“Like cocaine, and heroin?” The upward inflection pierced an awkward hole in the space where there should have been more to her answer.

“Well…umm…I did try marijuana once,” she confessed.

“What did you think of it?” he asked, his eyes still boring into her discomfort.

“I didn’t like it. It made me paranoid.” Her body language returned to a normal state like she had instant relief from the mind cramp that was causing her contortions.

Dirk’s thoughts: I hope Jen already knew about this.

My thoughts: I did not know about this!

The agent responded. “My brother smoked pot. Gateway drug. He moved on to heroin. He died. My dad found out my brother had overdosed, and his hair went gray right then and there. Soon after, my dad died. I will never forgive my dead brother for killing my dad.”

He started to cry.

Mr. Anger Management was sobbing right there on the other side of the desk.

He gathered himself and faced Liza again. “Do you know what you call a person who does not tell the truth?”

“That’s right, and if you would have lied to me, I would have pointed my finger at your face and said, ‘You are a LIAR!’ So Mom, Dad, don’t go too hard on her. She told the truth today, and the truth is a very good thing.”

Meeting over. Liza pivoted in her seat, faced Dirk sheepishly, and said, “So that didn’t quite work out the way you thought it would, did it, Dad?” 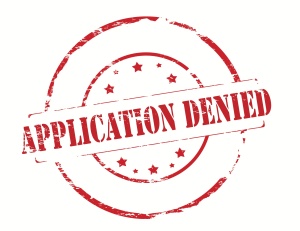